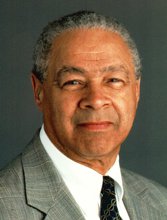 In recent weeks, members of Congress and Pentagon officials have been talking a great deal about how our military will be weakened by the economic uncertainty created by the sequester’s across-the-board cuts. We agree that our leaders must quickly resolve these issues or our military preparedness will suffer greatly. But the conversation must not stop there. We must also face one of the greatest threats to our economic strength over the long term — the growing number of working poor in America — because our military strength and standing in the world is dependent on our nation’s economic health.

As President Barack Obama’s 2010 National Security Strategy reminded us, “Our prosperity serves as a wellspring for our power.” Any threat to our economic strength is a threat to our military and our standing in the world. Attempting to maintain a robust national military without addressing domestic poverty is like building a house on sinking sand; no matter how solid the house is, it will fall without a strong foundation to support it.

Currently 1 in 3 Americans lives below or near the poverty line. Today there are 26 million Americans who make so little that even full-time work does not provide enough income to lift their families out of poverty. Economist Emmanuel Saez recently reported that the wealth generated by our postrecession economy has gone almost entirely to the wealthiest Americans. The problem is not that the wealthy are making money but that many workers are falling behind. Without a sufficiently broad economic base, we will not be able to fund our military, and crises will only worsen as we scramble to respond to threats from around the world.

High rates of poverty directly affect our ability to recruit the best and brightest to defend our country. Three-quarters of our young adults are ineligible for military service because they cannot meet the military’s basic physical, educational or behavioral requirements. Think about that: Three out of 4 Americans who should be able to serve cannot because of obesity, lack of a high school education, or significant criminal history.

Poverty is a central factor in each of these problems. Children in low-income families are twice as likely to be obese as those in middle and upper income brackets; they are also seven times more likely to drop out of high school, and they are at much higher risk for falling into cycles of escalating crime. As a result, fewer young adults are eligible for military recruitment, which hampers our ability to maintain a top-notch, all-volunteer army and compromises our mission readiness.

The U.S. is the greatest nation on earth, but our freedoms and our economic, military and political power have always been rooted in the belief that if you work hard, you can get ahead and provide a better life for your children. When one of the best indications a person is poor in America is that they are working multiple jobs, it is clear that the American dream is in jeopardy. There are clearly moral and economic problems when millions of Americans are desperate for work and unable to meet their families’ basic needs. This also opens the door for other rapidly growing economic powers to tilt the balance of global power in their favor.

This is more than an issue of dollars and cents; it is about the example we set. A free-market system that does not provide opportunities for all of us to succeed undermines one of our most convincing arguments against totalitarian regimes and state-run economies that often oppose our interests abroad. The idea that is America is one of our greatest military assets. It is also an incalculable benefit to every military mission we undertake. America stands for more than just a specific place bounded by geography; it stands for the idea that all its people should have the opportunity to reach their God-given potential. Throughout the world, even in countries that are our enemies, millions aspire to the American dream because our example shows it is possible. That is a force that often dwarfs our guns, tanks and warships.

But every time a child in Appalachian coal country goes to bed hungry, we lose some of our moral strength. Each time a single mother has to take on a third or a fourth job just to make ends meet, we squander our credibility. After the recession, with so many hardworking American households falling back into poverty as the richest among us capture even more of America’s wealth, our global example is becoming undermined.

As our members of Congress evaluate budget priorities to strengthen our military, they should also look inward at the health and vitality of our economic structures. They must contend with this reality: If we are to continue as the world’s sole superpower, we must focus on investments at home that will benefit all Americans.

Maj. Gen. Roger R. Blunt (Ret.), who commanded the 97th Army Reserve Command and has been awarded the Distinguished Service Medal, is on the Board of Directors for the Corporate Council on Africa (CCA), a council for U.S. economic investments and development work in Africa.