Since 2008, hundreds of notable women have joined Oxfam as Sisters on the Planet® Ambassadors.

A diverse group of American women who are leaders in everything from business, to politics to the arts, Sisters on the Planet Ambassadors are united by a common goal: to use their influence to fight global poverty, hunger, and injustice, with a particular focus on empowering women and girls worldwide.

About Sisters on the Planet

Sisters on the Planet Ambassadors work to change the laws and policies that keep people—especially women and girls—trapped in poverty.

Systematic discrimination against women and girls is the most pervasive cause of the power inequality that drives poverty. When women can exercise their rights and gain the knowledge, skills, and information they need to feed their aspirations, they can become powerful agents of change. That’s an important step toward ending poverty everywhere.

What do Sisters on the Planet Ambassadors do?

Together, Sisters on the Planet use their collective influence to shape policy debates on issues that affect women and girls.

They have moved members of Congress to vote in favor of getting more emergency food aid to communities that need it; helped women leaders from around the world voice their concerns directly to world leaders; highlighted the need for a global arms trade treaty to keep civilians safe in conflict areas; and raised awareness about the importance of US foreign aid to fight global poverty. And these activities are just the beginning.

Specific activities include meeting with members of Congress or other US government officials, drafting op-eds and letters to the editor for local and national media, hosting events, traveling with Oxfam to field offices, or sharing important information with our networks and communities. Sisters on the Planet work with Oxfam year-round, with particular activities planned for International Women’s Day (March) and World Food Day (October).

Meet our Sisters on the Planet

See the full list of Sisters on the Planet 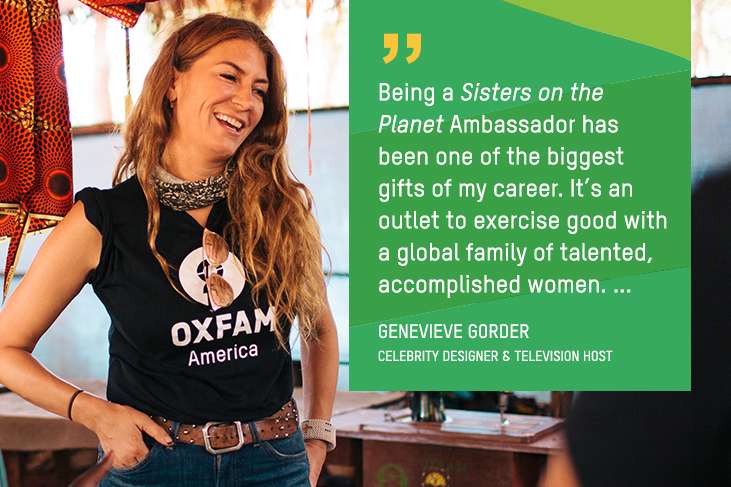 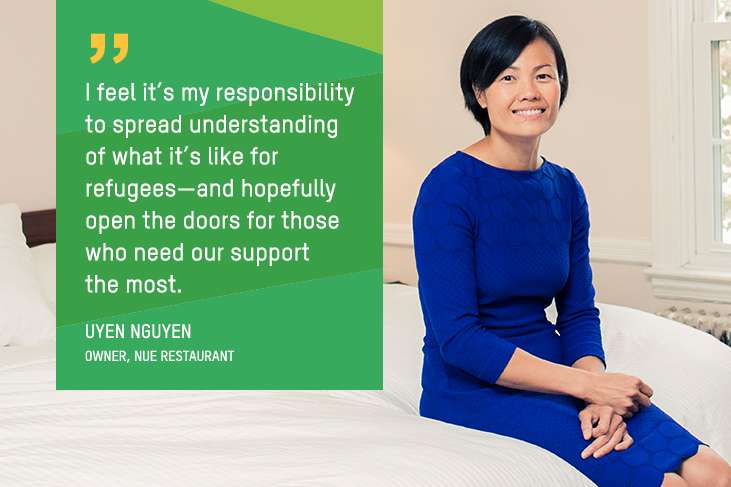 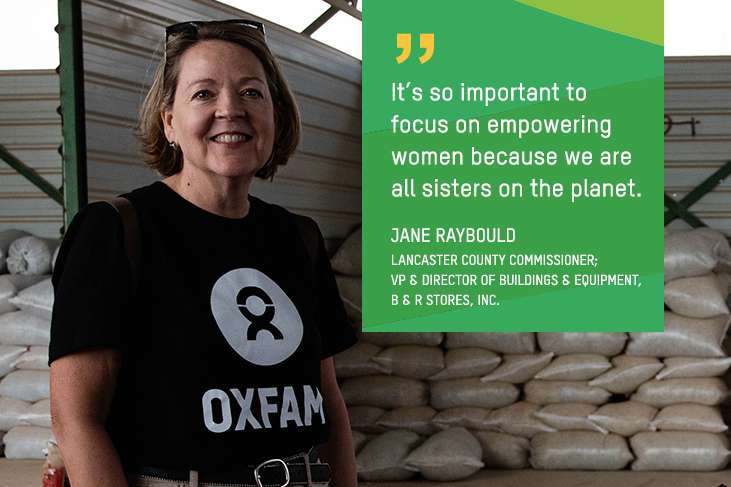 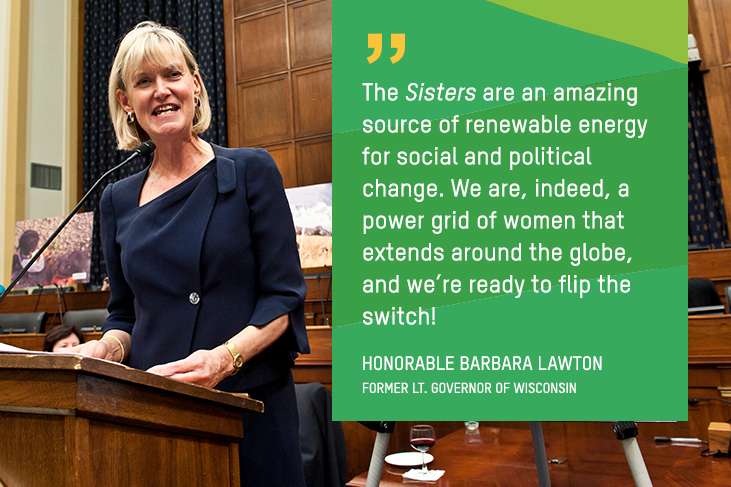 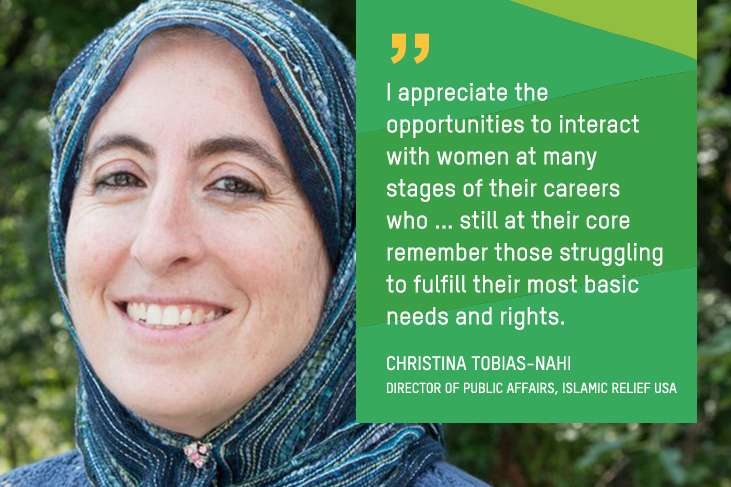 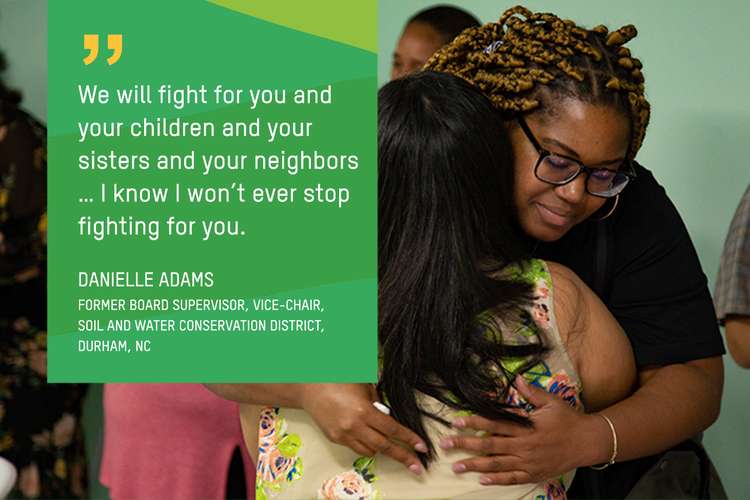 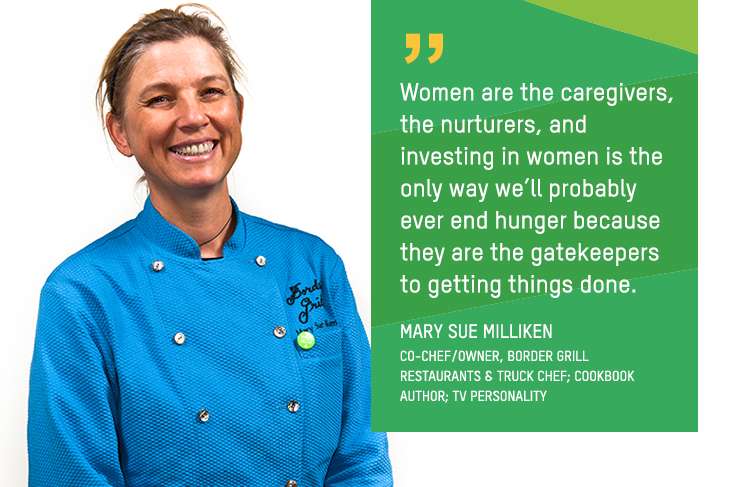 "Being a Sisters on the Planet Ambassador has been one of the biggest gifts of my career. They've created this beautifully paved outlet to exercise good with a global family of talented, accomplished women ... a dream." - Genevieve Gorder, Celebrity Designer & Television Host

“I now feel it’s my responsibility to spread understanding of what it’s like for refugees—and hopefully open the doors for those who need our support the most.” – Uyen Nguyen, Owner, Nue Restaurant

"It’s so important to focus on empowering women because we are all sisters on the planet. We have learned that out of the 1 billion people going to bed hungry and in poverty every night, 70% of those are women and children. … That should be the focus to be sure; that those women have the right tools that they need so they can benefit their children and the future of the world." - Jane Raybould, Lancaster County Commissioner; VP & Director of Buildings & Equipment, B & R Stores, Inc.

"The Sisters are an amazing source of renewable energy for social and political change. We have the power to transform the way we live. We are, indeed, a power grid of women that extends around the globe, and we're ready to flip the switch!" - Honorable Barbara Lawton, Former Lt. Governor of Wisconsin

"Oxfam Sisters on the Planet Ambassador program creates a space for womens' voices to be amplified on issues affecting the most vulnerable. I appreciate the opportunities to interact with women at many stages of their careers and who while having impressive accomplishments - still at their core remember those struggling to fulfill their most basic needs and rights." - Christina Tobias-Nahi (VA), Director of Public Affairs, Islamic Relief USA

"We will fight for you and your children and your sisters and your neighbors … I know I won’t ever stop fighting for you." Danielle Adams, former Board Supervisor, Vice-Chair, Soil and Water Conservation District, Durham, NC

"Women are the caregivers, the nurturers, and investing in women is the only way we’ll probably ever end hunger because they are the gatekeepers to getting things done. …Forty three percent of the food is farmed by women and if they had access to the same resources the men have access to, we’d have 20 to 30 percent more production from their efforts. It’s remarkable, isn’t it?" - Mary Sue Milliken, Co-Chef/ Owner, Border Grill Restaurants & Truck Chef; Cookbook Author; TV Personality

Stories about women and girls