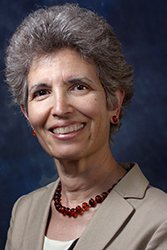 For every distressing national poverty statistic, the numbers for children are worse.While one-sixth of all Americans live in poverty and one-third live in “near poverty,” with incomes below twice the poverty level, one fourth of children under age five are poor and nearly half fall into the “near poor” category.

Millions of these are in families whose parents have incomes too low to lift them into the middle class. Yet national and state policies and programs supporting young children’s development—such as home visits by nurses to improve health and parenting—rarely focus on parents who are also workers. And policies to help low-wage workers infrequently hone in on the best ways to help parents. Understanding how the worlds of working parents and their children overlap can help define an agenda for both generations.

Growing up in poverty can cast a shadow over the rest of a person’s life. According to the Urban Institute’s Caroline Ratcliffe and Signe-Mary McKernan, poverty in early childhood is closely associated with being less likely to finish high school and being poor as an adult.

One reason for the lifetime consequences is straightforward: poor and low-income children may miss out on basics like nutritious food and stable housing. In addition, researchers have long known that parents’ stress—compounded by untreated health and mental health challenges—can hinder children’s early learning and development. Low-wage jobs can compound family stress because of irregular work schedules, the lack of basic benefits like health insurance, and no paid leave when a parent or child is ill.

And low-wage jobs pose even more challenges to parents of infants, even though the first year of life is an especially vulnerable time. A 2011 Census Bureau study found that almost two-thirds of female college graduates who worked during their first pregnancies had access to some paid leave, compared with less than a third of women with just high school degrees.

Without paid leave, if low-wage workers who are also new parents don’t go back to work right away, the family may not be able to make ends meet. But if parents go right back to work to keep the paycheck and cobble together unstable child care arrangements, infants may face health and developmental risks.

A two-generation agenda to promote young children’s development and low-wage workers’ economic stability should therefore start with a national focus on the first year of life. It should include paid family leave, now guaranteed in just two states, so parents in low-wage jobs can stay home with new babies.

The agenda should also include a minimum amount of paid sick leave to attend to a child’s needs, currently required in a few jurisdictions. A third crucial step has been enacted in most states but still requires careful implementation: health insurance for low-income adults under the Affordable Care Act, which will make a landmark difference for young children because parents will be able to get help with their own physical and mental health problems.

Improved access to high-quality child care for young children, including increases in Early Head Start and child care subsidies, should be pursued. The enactment of paid leave policies would make these programs less expensive, because parents would not need child care during the earliest, most costly months.

Finally, home visiting programs could be more effective for low-wage working families in conjunction with paid leave, since parents would be home to build strong relationships during the early weeks of their baby’s life.

An agenda better supporting both generations—one that promotes young children’s early learning and their parents’ stability—offers the best chance for efficient use of resources along with significant results.

Olivia Golden, an Institute fellow at the Urban Institute, is an expert in child and family programs at the federal, state, and local levels with a special interest in the way services are delivered on the front lines. The ideas expressed in this commentary are hers alone and should not be attributed to the officers, trustees, or staff of the Urban Institute.