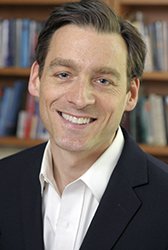 by Jacob Hacker and Nathaniel Loewentheil

This piece appeared in the Baltimore Sun on August 13, 2013.

The notion that deregulation and austerity will spark faster growth is belied by the record.

Everyone has heard that tackling poverty and inequality is bad for the economy. This is the dilemma that economist Arthur Okun, writing in the 1970s, called "The Big Trade-Off" — equality and efficiency are at odds. Yet more and more research and real-world experience suggest just the opposite. If there is a "Big Trade-Off," it is not between equality and efficiency. It is between policies that enrich the most fortunate and a broader distribution of opportunity that helps all Americans.

The notion of a Big Trade-Off between equality and growth has been a mostly silent but sometimes explicit assumption of Washington policymakers. Today, for example, many argue we don't have the capacity to reduce economic divisions. Instead, we need to immediately slash public spending. Since the 1970s, political leaders have drastically cut tax rates on the wealthiest and deregulated large swaths of the economy, especially finance, in the name of faster growth.

Okun was right on one front: Cutting taxes and deregulating finance do increase inequality. During the expansion of the 2000s, for example, more than half of all household income gains after taxes and benefits accrued to the richest 1 percent of Americans. Today, the U.S. has greater levels of inequality than any peer nation.

What we have not seen, however, is faster growth. Our economy has grown at roughly the same rate as other advancedindustrial economies. But unlike other countries in the Organization for Economic Co-operation and Development, our growth has overwhelmingly benefited the well off. Deregulation in the financial sector, meanwhile, contributed to the multiple economic crises that have unfolded since the 1980s, including the financial crisis from which we are still recovering.

Although moderate inequality is inevitable and even desirable in a capitalist economy, there is good reason to believe that today's extreme inequality is at odds with dynamic growth. Even if we discount the moral case for greater equality, the economic case is increasingly compelling.

First, poverty excludes tens of millions of Americans from the mainstream economy. More than 100 million Americans — one third of us — live in or near poverty, struggling every day. Far too many of them never have the opportunities (because of limited assets, a poor education or both) to achieve their potential. According to a report by McKinsey & Co., the gaps in access to education based on income impose the cost of a "permanent national recession." At a time of increasing global competition, this economic marginalization squanders our greatest asset: individual creativity and industriousness.

Finally, beyond these direct economic effects, today's hyperconcentration of income threatens our economy through our political system. Economic inequality translates into political inequality. The vast disparities between the rich and the rest have helped the wealthy accrue significant political power, which they can use to turn policy to their advantage. For example, falling effective tax rates on the wealthy have reduced public revenues. With tightened fiscal circumstances has come a sharp decline in public investments in areas like infrastructure and scientific research and development, reducing our economic potential.

Recognition of these three points is almost entirely missing from current U.S. debates. Conventional wisdom holds that we must cut domestic spending to reduce government debt and help grow the economy. But this argument has it backward. The experience of country after country over the last decade has shown that austerity in depressed economies is largely self-defeating, reducing economic performance so sharply that promised fiscal gains fail to materialize.

Jacob S. Hacker is the Director of the Institution for Social and Policy Studies, and Stanley B. Resor Professor of Political Science at Yale University. An expert on the politics of U.S. health and social policy, he is the author of numerous scholarly articles and books, and popular pieces for a range of publications, as well as a series of briefs on how and why to encourage private health insurance to compete with a new public health plan for the nonelderly (the so-called public option). ​ In 2010, he and a group of multi-disciplinary researchers developed the Economic Security Index (ESI). In 2012, he co-wrote an economic blueprint that sets forth a plan to broadly spread economic growth and security for Americans.

Nate Loewentheil is in his third year at Yale Law School. In college, he helped found the Roosevelt Campus Network, an organization that engages college students in progressive politics, and served as executive director. He’s done development work in Bolivia and spent summers at the White House’s Domestic Policy Council and as a fellow at the Aspen Institute. Nate sits on the Board of Directors of the New Leaders Council and is on the Founders Board of PolicyMic.com. He has submitted testimony to Congress, published with the Center for American Progress and the Review of Policy Research, published commentary in The New York Times, Salon, Politico, The Boston Review and Democracy Journal and contributes regularly to the Huffington Post.