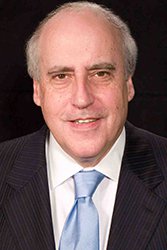 It has been nearly half a century since President Lyndon Johnson declared "war on poverty." That war produced great successes, and many of its initiatives have been profoundly effective – the Supplemental Nutrition Assistance Program (food stamps), Head Start, Medicaid, the Women, Infants, and Children nutrition program, school breakfast programs, and federal aid for poor schools and students.

Now, however, after years of erosion of wages and benefits, the U.S. poverty rate has risen and approaches a 50-year high. Yet poverty has become an almost invisible issue for policymakers and the press. It feels today like a "war on poverty" would need to begin with a battle just to gain recognition that poverty even exists.

In particular, we have seen growth in the ranks of the working poor, hard-working Americans whose jobs pay less than a living wage, often provide little dignity and offer few paths for advancement. Nearly 50 million Americans live below the poverty level and 20 million of them are in extreme poverty (earning less than half the poverty threshold), according to the Census Bureau. Another 50 million people live in "near poverty," with incomes less than 200 percent of the poverty line, or about $22,000 a year for an individual.

To read the full essay, please go to US News & World Report.

Dan Glickman served as the US Secretary of Agriculture from 1995 until 2001, prior to which he represented the Fourth Congressional District of Kansas for 18 years. ​ He was Chairman and CEO of the Motion Picture Association of America (MPAA) from 2004–2010. ​ He serves as a Senior Fellow at the Bipartisan Policy Center, where he focuses on public health, national security, and economic policy issues. He also co-chairs BPC's Democracy Project and co-leads the center's Nutrition and Physical Activity Initiative.