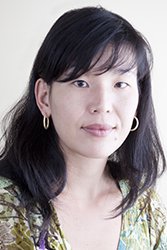 Anna, a Filipino live-in nanny in Manhattan, begins her workday at 6 a.m. when the children wake up, and ends around 10 p.m. when she puts the children to bed and finishes cleaning the kitchen. Like many domestic workers, Anna's pay is low; she was promised $1,500 a month but receives only $620, meaning that -- on average -- she is paid just $1.27 per hour.

There are between 800,000 and two million domestic workers like Anna in the United States -- people who work as nannies, housecleaners and caregivers for the elderly. The domestic work industry grew by 10 percent from 2004 to 2010. Domestic workers -- who do what is traditionally considered "women's work" -- are overwhelmingly female. The Census reports that 95 percent of domestic workers are women. The majority are women of color and immigrants from dozens of nations. Women from Asia and the Pacific Islands, Africa, the Caribbean, Latin America and Eastern Europe fill the ranks of the industry, alongside African American women.

These workers are the backbone of the "care economy," doing the long and hard work of caring for our children, homes and elders. Domestic workers put in long hours, rising early to feed young children or going to bed late at night after helping an elderly person in pain get to sleep. But these women -- on whom we count to take care of the most precious people in our lives, our homes, and our families -- do not earn enough to take care of their own families. Twenty-three percent of domestic workers earn below the minimum wage; 61 percent of live-in domestic workers earn below minimum wage.

The need for domestic work will only grow. As the baby boom generation reaches retirement age, more and more older Americans will need the support of in-home care providers to live independently. Already, home care is one of the fastest growing occupations in the nation. And with women now the majority of the paid workforce, the need for childcare providers will continue.

When this country's foundational worker rights and protections were written in the 1930s, domestic workers -- together with farm workers -- were excluded, as a concession to Southern legislators who didn't want black workers in their states to have access to these basic rights. Today, 80 years later, domestic workers are still excluded from the right to organize unions, along with other basic workplace protections, blocking them from established pathways for improving their working conditions and quality of life.

And they are not alone. Domestic workers are just one population within the growing ranks of the working poor, workers who are slipping through the cracks of a deteriorating safety net and falling into the growing chasm of economic inequality in this country. Over the last 30 years, the politics of austerity have effectively dismantled the social safety net and weakened the basic floor of social protections that working people fought for and won in the 1930s. A shadow economy -- in which working poverty is the norm -- has emerged in this country. If we don't stop that shadow economy from growing, it threatens to engulf increasing numbers of working people, including people who were once considered middle class.

We must re-establish a basic floor of protections for working people. Domestic worker organizations in states around the country are working to pass a Domestic Worker Bills of Rights to eliminate exclusions and establish basic labor protections. But winning inclusion in minimum standards for selected groups of workers is not enough; we also need to raise those standards for all workers.

We need to make sure that the working poor have on-ramps to improving their lives: opportunities like workforce training and job development. The Restaurant Opportunities Centers United is organizing to raise the minimum wage for all tipped workers, and many organizations are fighting to pass legislation requiring all businesses to provide paid sick leave and paid family leave to their employees We need an inclusive road to citizenship to ensure that undocumented workers can come out of the shadows, out from under employer threats of deportation. And we need to connect the work to raise standards for workers with efforts to rebuild our social safety net.

Two years ago, the National Domestic Workers Alliance initiated a campaign called Caring Across Generations. This campaign brings together all people who are touched by the care economy: people with disabilities and elders who need quality long-term care, families who need care workers they can entrust with their parents' health and well-being, and workers who need decent jobs and basic economic security. By strengthening labor protections for domestic and care workers, improving wages and creating training opportunities for care workers, we can transform domestic work into quality, dignified jobs. By turning domestic and home-care jobs into quality jobs, we can help ensure quality care and support for every family and individual who needs it. By making care a national public policy priority, we can invest in making it affordable and accessible for everyone who needs it.

More than 100 million Americans -- one-third of us -- live in or near poverty, struggling every day. We need a lively national conversation about how we can right this wrong.

We must begin to create the kinds of policies that growing numbers of working people need in order to be able to provide for our families. These are the types of policies that will turn the rising tide of inequality and suggest a new vision for our economy that is based on the ethics of equality and care.

Ai-jen Poo, Director of the National Domestic Workers Alliance (NDWA) and Co-director of the Caring Across Generations campaign, has been organizing immigrant women workers since 1996. ​ In 2000 she co-founded Domestic Workers United, the New York organization that spearheaded the successful passage of the state’s historic Domestic Workers Bill of Rights in 2010. In 2007, DWU helped organize the first national domestic workers convening, out of which formed the NDWA. ​ Ai-jen serves on the Board of Directors of Momsrising, National Jobs with Justice, Working America, the National Committee for Responsive Philanthropy, and the National Council on Aging. ​ Among Ai-jen’s numerous accolades are the Ms. Foundation Woman of Vision Award, the Independent Sector American Express NGen Leadership Award, Newsweek’s 150 Fearless Women list, and TIME’s list of the 100 Most Influential People in the World.