NADEL’s programs in Guinea-Bissau help poor people win the fight for survival—and take on the struggle for true democracy.

In westernmost West Africa sits a small lowland country with a spray of islands scattered along its coast. Guinea-Bissau is lush and beautiful, but it has been plagued for decades by political instability, and—partly as a result of that—great swaths of the population struggle with poverty, illiteracy, and chronic malnutrition. This is one of the poorest places on Earth; applying the lens of inequality, the richest person in the world can outstrip its GDP in a day.

So, when Ebola broke out in neighboring Guinea in 2014, it sent shockwaves through the country. The risk that a case would cross one of the country’s complex and porous borders was immense, and the chances of containing the virus were small. Medical clinics near the border, where the first cases of Ebola could end up, lacked water, electricity, disinfectant, or a single pair of latex gloves. The roads from far-flung border areas to the regional hospital were so rough that in places it would have been faster to walk than drive. And the government was so strapped for funds that educating the most remote and vulnerable communities about the Ebola threat was out of the question.

Yet, this story ends well: Ebola never did cross over, and if it had, the communities would have been ready for it. For that, Guinea-Bissau has the National Association for Local Development (NADEL) to thank.

NADEL’s work in rural communities began years earlier, when it set out to eliminate cholera. There was a time when deadly outbreaks occurred regularly, sometimes affecting more than 20,000 people.

Doctor Francisco Na Dum, who works in Tombali region, recalls the days of cholera. “We worked 24-hour shifts. If a you stepped away for half an hour, a patient would die.”

NADEL, in partnership with Oxfam, deployed outreach workers to go door to door in vulnerable communities with a set of life-saving messages: cholera kills, but you can protect your family by using latrines and by washing hands at key moments of the day. They distributed hygiene materials and helped families construct latrines, and hand-washing stations known as tippy taps. In 2014, the number of cholera cases dwindled to near zero, and there hasn’t been an outbreak since.

“NADEL started with tippy taps,” says Baiem Na Lama, a community leader in the village of Sua. “They gave us buckets, soap, cups, bleach, water treatment tablets, and a big basin. They helped us build latrines. What difference did it make?” She laughs. “We don’t get diarrhea anymore!” 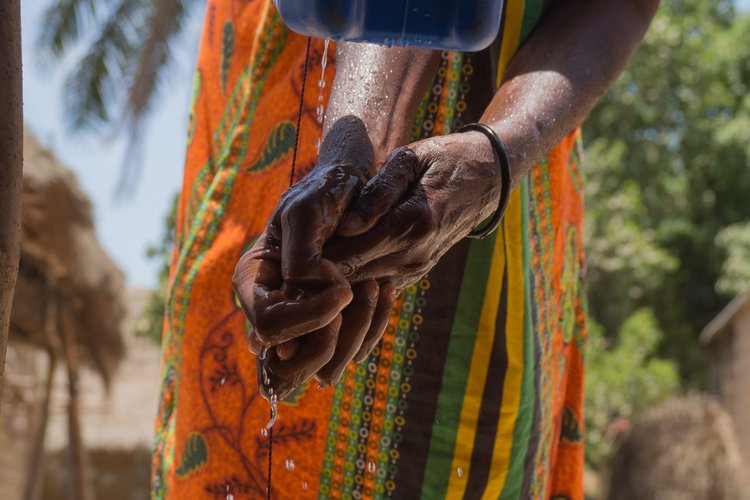 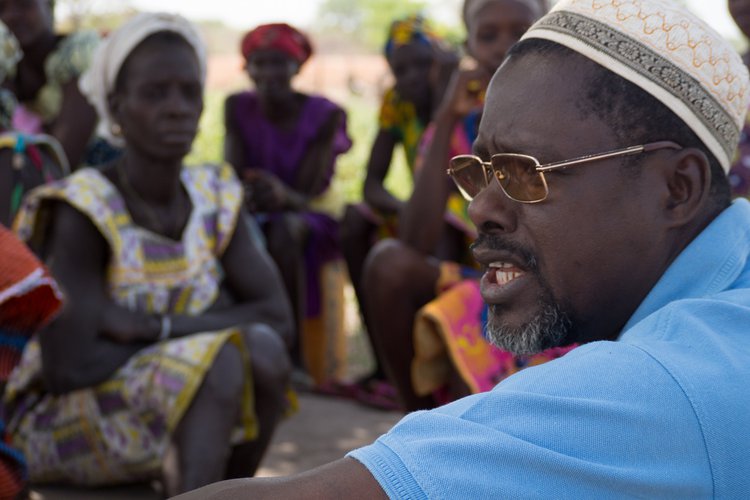 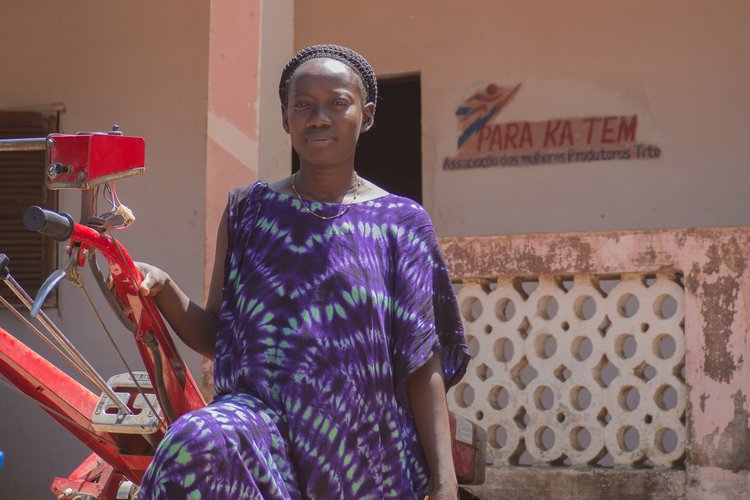 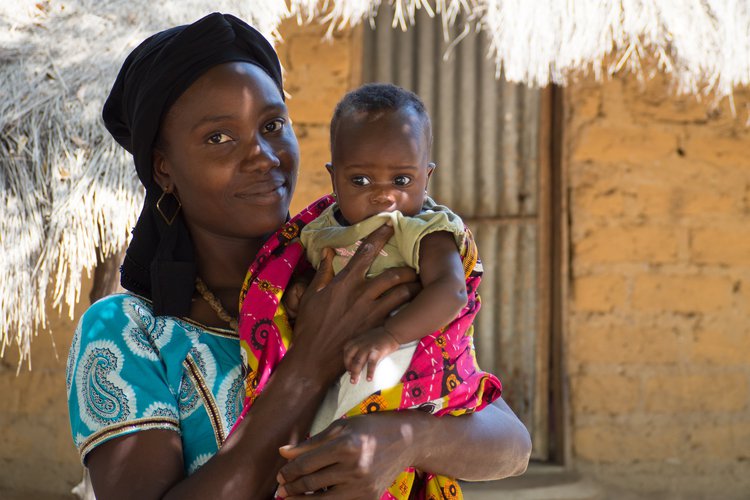 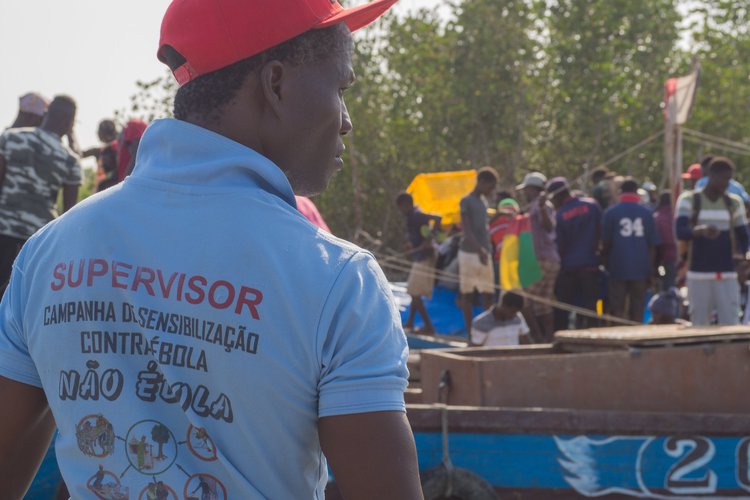 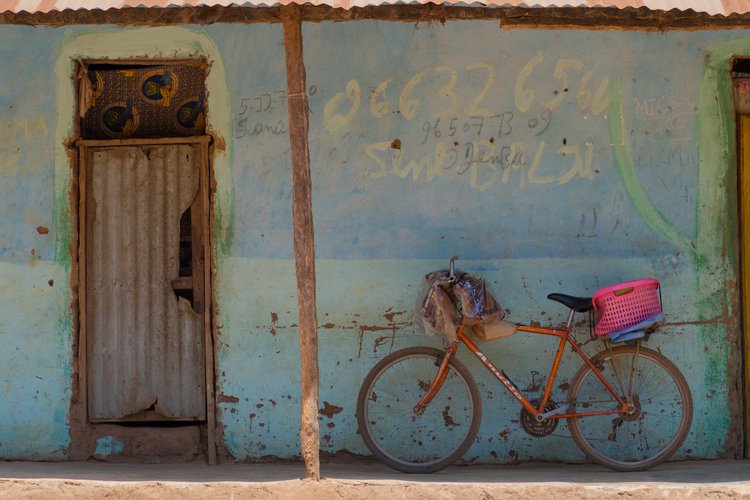 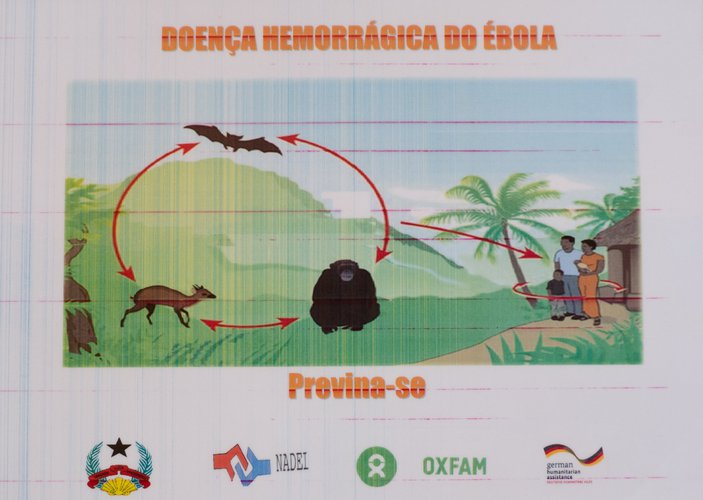 Washing hands at a tippy tap. “When NADEL suggests a new activity or practice—like building a latrine or washing hands—the communities embrace it enthusiastically,” says Aminta Medina, a water and sanitation specialist at UNICEF.

“When there is no participation of the community in government, there won’t be good governance,” says NADEL’s Sidi Jaquité. “But when people are fighting for their survival, they can’t participate.”

NADEL supported us with seeds, watering cans, machetes, and wheelbarrows,” says Manuela Paula Lumba, a member of Para Ka Tem. “They helped dig wells and provided us with training on farming techniques.”

During the Ebola epidemic, fishing boats arriving from Ebola-stricken countries were cause for concern. NADEL helped monitor key border points, like this one in Catese.

Guinea-Bissau is one of the poorest countries in the world.

The Ebola catastrophe that wasn’t

But there was no time for NADEL to rest on its laurels. In 2014, neighboring Guinea become ground zero for the largest Ebola epidemic in history—one that would soon take more than 11,000 lives in West Africa. NADEL again deployed outreach workers to the vulnerable communities, this time with messages about how to identify and isolate a case of Ebola, and reduce risks on all fronts.

“When Ebola came, we were very scared,” says Cadi Camara, a trader from the village of Catese. “NADEL returned and explained to us how we could protect ourselves.”

“NADEL was very important in combatting cholera and in protecting Guinea-Bissau from an Ebola epidemic,” says Aminta Medina, a water and sanitation specialist at UNICEF. “When NADEL suggests a new activity or practice—like building a latrine or washing hands—the communities embrace it enthusiastically.”

And they didn’t stop with community outreach. NADEL provided help wherever it was needed—working with the government to detect illness in visitors at the borders, buying motorcycles for health workers so they could respond to calls for help, providing a hospital with disinfectant, and building latrines for rural health centers.

Along with its work on health emergencies, NADEL is carrying out smaller projects to help boost the incomes of farmers through organizations like the women farmer’s group Para Ka Tem in the village of Tite.

“NADEL supported us with seeds, watering cans, machetes, and wheelbarrows,” says Manuela Paula Lumba, a member of Para Ka Tem. “They helped dig wells and provided us with training on farming techniques.”

Nhima Djasse is a widow supporting 15 relatives in her home, and her income from the Para Ka Tem farm is essential: “With the sales from the garden I’m able to pay for school for the children, and clothes and medical care.”

But when it comes to development projects like this, NADEL’s focus goes far beyond the tangibles: it’s on governance—beginning with making sure people engaged in projects know how to run them.

“If people are going to elect the right people and hold them accountable at all levels of government, they need to have some experience of effective democracy. They need to have confidence it can work, and that it’s worth all the effort it takes,” says Jaquité. “Helping communities take charge of their own development projects is part of this process.”

His passion for building a meaningful democracy has landed NADEL a major role in Guinea-Bissau’s National Movement for Civil Society for Peace, Democracy, and Development—an influential civil-society group that holds the national government’s feet to the fire on a host of issues.

We will never forget

NADEL is out to break a vicious cycle in which worries about survival distract and prevent citizens from demanding the kind of government that will help make their future more secure.

And for their work—from the capital city to the smallest villages—they have earned admiration and trust.

“I love NADEL because of the way they stayed close to us in the hard times,” says Na Lama. “What NADEL taught us to do, we will never forget.”

During the cholera response, Oxfam deployed a staff member to Guinea-Bissau for a year to provide training in building safe wells and to help improve chlorination of water at the community level. During the Ebola response, we provided funding and vehicles, and we provided a staff member to the government to improve coordination of the response at the national level. Oxfam has also invested in NADEL as an organization, with trainings in communications, advocacy, monitoring and evaluation, writing proposals and reports, and gathering data.

Oxfam and our partners are offering food and other lifesaving support to families and children affected by war, drought, and a bad economy.

You've been helping Oxfam fight climate change for years, and the work is only just beginning.