There is momentum behind efforts to reform US food aid. Let’s make sure good ideas become law.

What is US food aid?

In the wake of World War II, the US launched an ambitious effort to help save lives by fighting the scourge of hunger. The idea was simple: take surplus US grain and send it to people in need around the world. Since then, US food aid has saved hundreds of millions of people from malnutrition and starvation. In 2013, the US spent $1.7 billion—less than .05 percent of the federal budget—to reach 46.2 million people in 56 countries with food aid. These efforts are helping to address urgent humanitarian need in places such as Syria and Sudan. As more frequent natural disasters and man-made crises leave millions of families struggling to survive, our humanitarian assistance is as important as ever.

Now, 60 years after the program was launched, it’s time for US food aid to be modernized.

What is wrong with the current food aid program?

Under current law, food aid must be purchased in the United States and at least half of it must be transported on US-flag vessels. As Oxfam has documented, this is an outdated and inefficient means of getting aid to people in need. According to the US government’s own watch dog agency, buying and transporting food from the United States takes four to six months to reach its final destination. During sudden emergencies such as the earthquake in Haiti, this delay can cost lives. Moreover, transportation and shipping costs generally make US food aid more expensive than buying food closer to the region of need.

Right now, 59 cents out of every dollar we spend on basic grains for food aid ends up in the pockets of middlemen as a result of red tape and regulations. These regulations protect special interests, at the expense of hungry people, and waste up to $471 million in US tax dollars each year. Reforming food aid would not only improve the efficiency of the program but it would also allow millions more people to be reached without increasing the federal budget by one penny. It’s just common sense.

How can we make food aid feed more people?

The solution to improving the efficiency and effectiveness of US food aid requires untying aid and dismantling the red tape and regulations that hamper the current program. Freeing up money to buy more food locally, ending the sale of US food aid in developing countries (a wasteful practice called “monetizaton”) and addressing how US food aid is shipped are all important reforms that are long-overdue.

Both Congress and the Administration recognize the need for change. In 2014, the President included a major overhaul of food aid in his budget proposal. And in both the House and Senate bi-partisan legislation has been introduced that would modernize the way food aid works.

Think the cost of your groceries is on the rise? Now think about the tax money you spend on food aid to developing countries. If we reform food aid, we can get more food to the people who need it, more quickly, and at the same cost.

This legislation will allow the US aid program to reach 14 million more hungry people every year–without spending an extra penny. At a time when there are serious food crises in places like South Sudan and Syria, this change simply can't wait. Tell your Senators to pass the Food for Peace Reform Act of 2015. 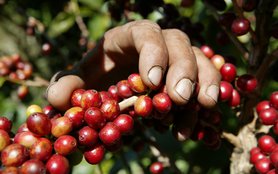 Why and How Should Investors Act on Human Rights? 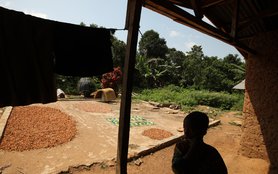 There’s a dirty secret about the chocolate industry: it profits from child labor and enslavement. The Supreme Court just made it harder for six abused laborers to seek redress.