LIMA, PERU — Model and photographer Helena Christensen traveled with international humanitarian organization Oxfam to her mother's native country to witness and document the dramatic effects that climate change is having on poor people today in Peru.

"The impacts of climate change are extremely severe in the areas we visited,” said Christensen in Peru today. “The farmers we met and talked to are already living very hard lives, and are now being forced to adapt to the effects of the rapidly changing climate."

Christensen has documented the trip with a series of photographs that will be exhibited in New York, Washington, London and at the United Nations Conference on Climate Change in Copenhagen this December. A short film of the expedition, captured by award-winning Director Richard Bullock, will also be shown.

“One of the women I spoke to, Elizabeth Ayma, told me that because rainfall are less frequent now and impossible to predict due to the climate changes, this is having a huge effect on crop production,” said Christensen. “As a result, her family has less food to eat and less produce to sell, resulting in her not being able to afford her children's school fees. The lack of nutritional vegetables also affects her family's health."

"Climate change in Peru is already devastating and we welcome Helena's commitment to show this to the rest of the world. Peru is on the frontline of climate change, along with other developing countries, which have played little part in causing the problem,” said Frank Boeren, Oxfam’s coordinator in Peru. “It is crucial that rich leaders do the right thing at Copenhagen so that we can begin to stop run away climate change and protect vulnerable people around the world."

"We are at a critical tipping point. We need to put pressure on our governments in order for them to take the necessary, radical steps that are needed. There's no time left, it is absolutely imperative to act now,” said Christensen. Of the global talks in Copenhagen in December, she said “Hopefully the only benefit of this UN conference won't be just a boost to Danish tourism.” 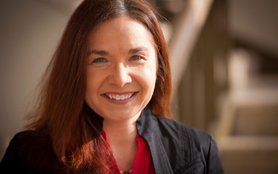 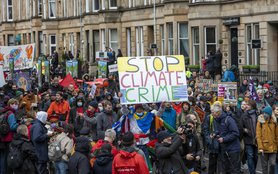