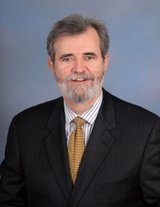 After more than 35 years of service Joe retired from Cummins Inc, a Fortune 200 company, on April 1, 2009. Most recently he served as Vice Chairman of the Board from August 2008, as the company's President and Chief Operating Officer between May 2005 and August 2008, as President of the Engine Business from September 1999 until May 2005, and as both President of the Industrial Engine Business and Corporate Chief Technical Officer from 1996 through August 1999. Active in the business community, Joe serves on a number of boards, including Hillenbrand Inc. (Chair), AB SKF and the Vanguard Group. He also serves on a number of other not-for-profit and foundation boards including the V Foundation for Cancer Research and the Lumina Foundation for Education (Chair). In addition, he is a member (past Chair 2009-2012) of the Advisory Council to the College of Arts & Letters at the University of Notre Dame as well as Chair of the University's Advisory Board for the Kellogg Institute for International Studies. He also co-chaired the Chicago Council on Global Affairs Task Force on Immigration Reform and US Economic Competitiveness: A View from the Midwest.