In response to President Trump’s announcement to withdraw the US from the Paris Climate agreement,  Raymond C. Offenheiser, President of Oxfam America made the following statement:

“President Trump claims pulling out of Paris puts America first, this couldn’t be more wrong. This move puts America last in the race to build a clean, resilient future. Everyday Americans and frontline communities around the world will pay the price.

“President Trump’s reckless move to walk back from international climate commitments is grossly unjust and utterly shortsighted. Worse yet, lives hang in the balance.

”Climate change is one of the most significant threats facing the world today with the potential to drive 100 million more people into extreme poverty by 2030.

"President Trump’s action disregards US political and economic interests, global stability, and national security.  It is a desperate attempt to placate the fossil fuel industry as thousands of American companies have called on the President to stay the course.

“Every nation in the world that has committed to the Paris Agreement understands that global cooperation is the only option to resolve massive global challenges like climate change. The United States is now in the company of Syria and Nicaragua, the only two countries that are not party to the Paris climate agreement.

“President Trump’s action today will hurt and isolate the US, undermining America’s position as an influential and credible partner with its allies and leaders around the world.

“While it may be too late to sway an administration beholden to fossil fuel interests, it is not too late to save the planet and its people.  Despite President Trump’s actions, the Paris Agreement will endure, with nearly 200 other nations from across the globe having signed. American businesses, governors, mayors and civil society will now take the mantle and lead the fight against climate change.

“As an organization fighting against poverty around the world, we at Oxfam have witnessed firsthand the extreme impacts of climate change-related events on the world’s most vulnerable people. Right now, East Africa is experiencing one of the worst droughts in living memory for those living in the region, pushing Somalia to the brink of famine.  Climate change is worsening this humanitarian disaster with more than 13 million people desperately hungry and in need of assistance.

“In 2017 and beyond, we at Oxfam will not stand idle as we witness backsliding on climate action and unfounded attacks on science itself. There is no more time to waste. Climate change is one of the only global challenges that affects every single human being on the planet. We will continue to fight.” 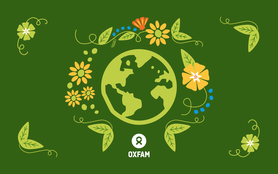 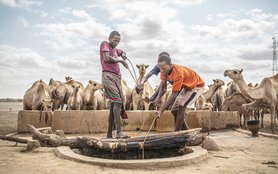