Three examples of how economic inequality is making it harder and harder for people to work their own way out of poverty.

When Jane Muthoni looks over a wall along the edge of her neighborhood in Nairobi, she can see a place where people have running water every day. This is not the case where she lives, and it makes her wonder: Why do some people deserve water, and others do not?

“The gap between poor and rich people in Kenya is sometimes very humiliating,” she says. “It is just a wall that defines these rich people from the lower class.”

The gap Muthoni sees in Nairobi represents one of the most severe challenges facing the world and our efforts to fight poverty: Wealth and power are being concentrated into the hands of fewer and fewer people, leaving most of the world’s population trapped in poverty.

This new data shows that the richest one percent of people on the planet now controls more wealth than 99 percent of all the rest of us combined, and the trend is getting worse . This is just the latest indication of accelerating inequality, made possible by a rigged economic and political system that sucks income and wealth upward to a smaller and smaller group of wealthy people.

If you were following the 2016 US elections you’ll know that this topic was a major theme. But sadly the solutions on offer from our political leaders are woefully inadequate and in some cases will only make things worse. Oxfam is calling on our government to wake-up to the fundamental reality of inequality and take ambitious actions to reverse its course.

At the top of the list is cracking down on the abuse of tax havens that allow companies and individuals to dodge hundreds of billions of dollars in taxes every year, increasing minimum wages and protect worker rights, and making sure the voices of people who drive our economy are not drowned out by money and special interests. We also need to fight discrimination, particularly in ways that ensure women get equal pay for equal work.

Although one of the world’s wealthiest countries, the United States also suffers from the ill effects of inequality.

Right now you can demand that our elected representatives and President-elect Donald Trump fix the broken system that is making it so difficult for so many Americans and millions of people around the world to make ends meet. Sign the petition now.

In their own words

Here are three examples that show the cost of runaway inequality on communities, and what people are doing to break down the barriers that trap them in poverty. 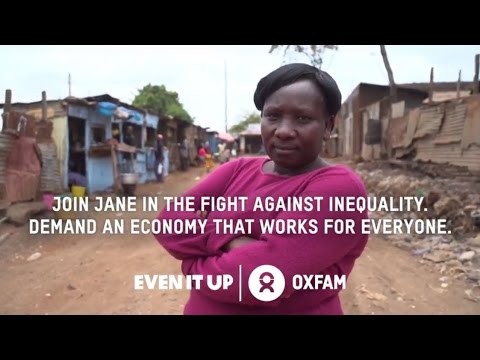 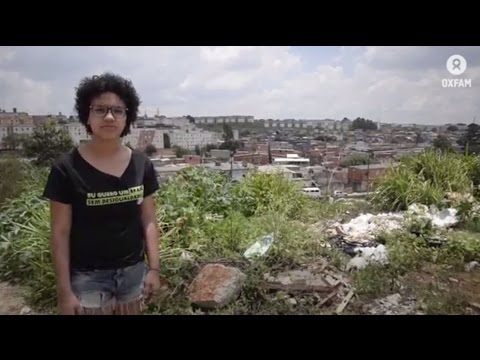 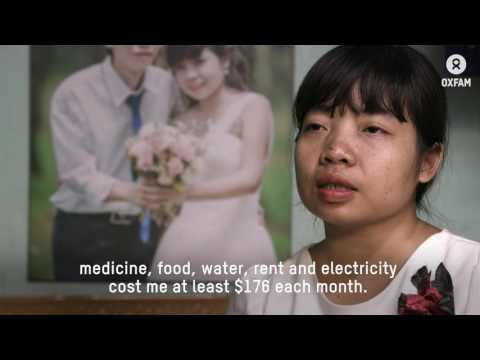 Justice for students in Brazil

Shining Mothers of Nairobi: Jane lives and works in Kawangware area of Nairobi, Kenya. She works as a trader, selling handicrafts, and in her spare time she trains other women on their basic rights and skills for running small businesses. The women’s group, called the Shining Mothers, uses their collective voice to demand that local authorities better protect and support their small businesses in exchange for the taxes they all pay. “The government does not mind about small businesses,” she says. “In fact, big companies are owned by people in government so they don’t care about the small people.” The Shining Mothers are doing their bit to demand an economy that works for everyone, not just the few.

Justice for students in Brazil: Thailla is a young member of the student activist movement in Sapopemba, a poor neighborhood in São Paulo’s east side. Like many young people, she is concerned about the quality of public education in Brazil: “In my school, the ceiling in one of the classrooms was falling.  Some teachers started to not show up anymore, because they did not feel motivated to teach there …the school didn’t even have tables for them to use. Public schools are forgotten, we are not seen by the government as people who deserve schools with good infrastructure.”

Back in 2015, Thailla was in her senior year at high school and protested the state government’s plan to close 94 schools in the state of São Paulo and to send pupils to overcrowded schools far from home. Thanks to the mobilization, the changes were halted. Since the protests in 2015, the Brazilian federal government has approved a 20-year freeze on public spending, including education. This freeze risks increasing inequality and the educational divide in Brazil.

Fighting a vicious cycle: Oanh is 27 years old and lives in Hanoi, Vietnam, with her partner. Vietnam’s economy has grown rapidly in recent years but people like Oanh haven’t fully benefitted from it. While the richest Vietnamese can afford world-class healthcare, Oanh and others are pushed further into poverty through out of pocket payments that their health insurance doesn’t cover. This widens the gap between the rich and the rest. It also means that Oanh often isn’t healthy enough to get a secure job that could help her cover basic costs, and she isn’t always well enough to work.

Oanh wanted to make this film because she wants to speak out about the vicious cycle of economic inequality and poverty.

Inequality is not inevitable. It is a political choice that our leaders make. Now’s the time to stop it—call on President-elect Trump and your members of Congress to fight inequality.