The prevention of sexual exploitation, abuse, and harassment—of and by Oxfam staff—is critically important for our organization.

Reports on sexual misconduct cases in Haiti have led Oxfam to take a hard look at our past mistakes. We are committed to building a culture that does not tolerate abuse.​

What happened in Haiti

In 2011, Oxfam Great Britain staff in Haiti were accused of sexual exploitation and abuse. After an investigation by Oxfam later that year, four staff members were fired and three were allowed to resign, including the country director. As part of the investigation, Oxfam found that the country director had been involved in allegations of similar abuse in Chad in 2006. He took full responsibility for the misconduct that took place under his management.

The government of Haiti has suspended Oxfam Great Britain's operations while they conduct their own investigation. Oxfam has apologized to the Haitian government and people for the actions of our former staff.

Today, Oxfam has zero tolerance for abuse of people in any form and we offer our support to victims of these egregious violations of our principles and values.

We take full responsibility for what happened in Haiti. You can read about the details of these events in our full internal report from 2011.

You can also read Oxfam Great Britain’s response to the recent UK Charity Commission investigation into their handling of the events in Haiti in 2011 here.

What is Oxfam doing now?

Oxfam is taking significant steps to address the underlying problems that allowed the events in Haiti to happen. These include:

Established a high-level independent commission to review cases of sexual misconduct and abuse of power: Zainab Bangura, former United Nations under-secretary general, and Katherine Sierra, former World Bank vice-president served as co-chairs. They led a team of experts from the realms of business, government and civil society to investigate past or present cases of sexual abuse and harassment at Oxfam. The independent commission shared interim recommendations in January 2019 and a final report in June 2019, including recommendations on what Oxfam and the wider aid sector can do to create a culture of zero tolerance for any kind of sexual harassment, abuse, or exploitation. Oxfam welcomed the Commissions findings and commits to deepen cultural change and improvements in preventing sexual abuse.

Read about the commission, its members, and its work.

Put substantially more resources into keeping people safe: Oxfam has doubled the number of staff dedicated to preventing abuse and sexual misconduct and tripling the financial resources devoted to this work. This includes improvements to our system that allows people to report abuse that can be easily used by the communities we serve, and by staff and volunteers. In addition, every Oxfam country program now has at least one staff member as a focal point for grievances, advice, and to promote awareness and prevention; 119 staff members have received investigator training and are ready to gain more experience alongside more experienced investigators. We’ve also committed to boosting safeguarding capacity and resources in the most fragile and challenging environments in which Oxfam operates. We have strengthened and introduced new safeguarding policies and rolled out an enhanced staff orientation course with greater focus on behaviors, culture and safeguarding. Oxfam is creating a new global database of Oxfam staff officially authorized to provide references. This database is designed to end the use of forged, dishonest, or unreliable references by past or current Oxfam staff. Every six months, Oxfam publicly discloses anonymized data of closed safeguarding investigations in that period across all affiliates. This data is available here. Additionally Oxfam America has added a full-time senior position dedicated to safeguarding.

Building and institutionalizing a values-driven culture within Oxfam. Our goal is to ensure that no one faces sexism, discrimination or abuse, that everyone feels safe speaking out, and everyone is clear on what behavior is acceptable or not. This requires ensuring that Oxfam as an organization embraces gender equality, prevents abuses of power, and has zero tolerance of sexual harassment, abuse, and exploitation. Oxfam America has launched an 18-month Gender Action Learning process to integrate and strengthen gender justice within the organization and in our work. Oxfam America has also hired a VP of People, Culture, and Global Human resources who, along with senior leadership, is responsible for the development of a workplace culture and practice that reinforces Oxfam’s values of inclusiveness, empowerment, and accountability. Globally, we have also committed to recruit a Culture Lead to oversee cultural change across the confederation and a Chief Ethics Officer to oversee values and ethical standards

Working with our peers across the sector to tackle physical, sexual and emotional abuse: We are in a moment of opportunity to work collaboratively with our colleagues to prevent sexual assault and harassment in the broader aid sector. We are launching a Global Integrity Fund to invest in strengthening the safeguarding capacities of local civil society organizations and Oxfam America President and CEO, Abby Maxman is co-champion and co-lead on the CEO Taskforce at InterAction. Abby, along with 118 CEOs have signed a pledge that includes taking steps to ensure perpetrators cannot be re-employed by other members of the international aid community. Oxfam America has also taken on a leadership and technical advisory role to support safeguarding work happening across the sector.

Read about Oxfam’s progress on commitments to stamp out sexual harassment and abuse. 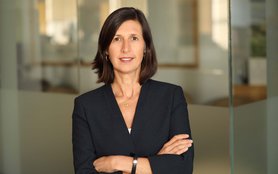 Oxfam America CEO Abby Maxman reports on our work to strengthen our culture, policies, and practices regarding sexual abuse and misconduct cases.

An update on Oxfam’s safeguarding journey

An update from our CEO on progress against Oxfam’s safeguarding action plan. 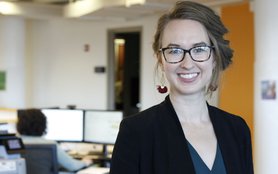 What is “safeguarding” and why is it important for fighting poverty?

What is Oxfam America’s role in preventing sexual abuse?

Oxfam America is part of the Oxfam confederation, which is made up of more than 20 affiliate organizations. While Oxfam’s commitment to preventing sexual abuse is confederation-wide, Oxfam America President and CEO Abby Maxman is a leader in this work within Oxfam and the aid sector. She is the co-chair of Oxfam International’s Safeguarding Task Force, alongside Winnie Byanyima, Oxfam International’s executive director. Abby is also co-leading the InterAction CEO Task Team on Sexual Harassment and Abuse, which convenes US-based aid organizations. Oxfam America has created three new roles: a Gender Advisor for our DC office, a Senior Safeguarding Specialist, and a Vice President of People, Culture, and Global Human Resources. Oxfam America has also launched an 18-month Gender Action Learning process to integrate and strengthen gender justice within the organization and in our work.

How do people safely report cases of misconduct?

Oxfam America’s safeguarding measures include a confidential whistleblowing mechanism, which is mediated by a third-party service provider called Navex Global (known internally as EthicsPoint). This whistleblowing system has been in place within Oxfam America since 2010. This allows staff, volunteers, beneficiaries, donors, and others to confidentially report any cases of misconduct, financial embezzlement, violation of policy, or any other practice inconsistent with Oxfam values. People can make complaints online, via phone, or by mail in English, Spanish, or French. The information on how to access this service is publicly available on our website and posted in all country offices Oxfam America oversees.

Every complaint is promptly investigated by Oxfam America’s Human Resources department and other departments as needed. Depending on the nature of the case, we may hire independent external investigators.

What policies does Oxfam have in place to protect people from sexual harassment and abuse?

Since 2010, Oxfam America has instituted policies for harassment complaints, harassment prevention, prevention of sexual exploitation and abuse, and sexual harassment. These have since been updated annually. In 2011 we added a policy on child protection and prevention of bullying and harassment. These policies are to set the rules of behavior, and staff are obliged to abide by these policies. Oxfam America’s Human Resources department oversees its safeguarding measures. In 2018, Oxfam America reviewed all its policies to assure that they reflect recent changes in context and assure the safety, due process, and protection of our staff, our partners, our beneficiaries, and those who we exist to serve.