Pablo Tosco began documenting the lives of war-weary Syrians in 2013 in Aleppo when he was working as an independent photographer. Now with Oxfam, he has been following Syrian refugees on their exhausting journey in search of safety, where some stops last years and others just hours. But no matter the choice families make—to stay put in a camp or risk passage to Europe—they have one longing in common: a better life.

“Nothing compares to my country,” says Syrian refugee Fatima Haslan. “As soon as the war ends, we will go back.”

Home is the hope that many of Syria’s 4.8 million refugees cling to, even after five years of brutal fighting has obliterated both the people and places they once loved. But for now, the reality refugees face is stubbornly, interminably nothing like home. It’s limbo, endured for years in leaky tents and overcrowded rooms, with spiraling debt and few options to work, in countries like Jordan, Lebanon, and Turkey that are straining under the weight of hosting so many.

Exhausted by the uncertainty and hardship, many Syrians, joining others escaping persecution, poverty, and conflict in a host of countries, have decided to seek security far from home. They have been making the arduous journey across the Mediterranean to Greece and deeper into Europe. But peril marks each step of the way, from the dangerously crowded and flimsy boats that carry families over the sea to the violence and extortion they face at the hands of smugglers and security forces. And by March, increased restrictions on their migration and difficult asylum procedures in Europe had left tens of thousands of people stranded.

“Purgatory.” That’s the word photographer Pablo Tosco uses to describe the scene at the border between Macedonia and Greece when he visited there. “This is a situation of total indignity. Smeared all the way to the neck, living in tents, enduring cold and rain, without food, with very little assistance from European governments.”

Nevertheless, at the start of spring more than 1,000 people a day—at least half of them from Syria—were landing on the shores of Greece, even as the country had begun transforming its reception facilities into detention centers. The move came in response to a deal the European Union (EU) struck with Turkey to stem the flow of people across the sea. The agreement, denounced by Oxfam as a policy of indifference that contradicts the spirit of international law, calls for migrants crossing from Turkey to the Greek Islands to be returned to Turkey, with the EU picking up the cost. In exchange for each Syrian returned, one who is formally registered in Turkey and on the UN’s list as most vulnerable will be resettled in the EU. Turkey is now hosting more than 2.7 million Syrian refugees.

Here is a look at the long, hard road they are on, through the lens of Tosco’s camera.

Hear Pablo Tosco, who was an independent photographer at the time, describe his meeting with Abu. 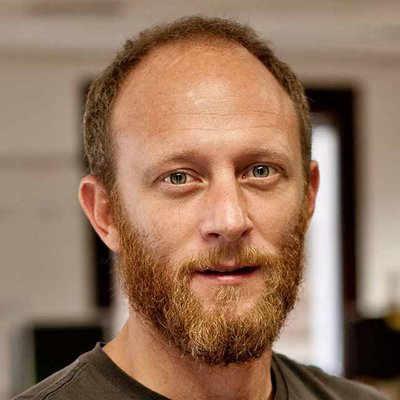 Hear Pablo Tosco, who was an independent photographer at the time, describe his meeting with Abu.

In 2013, when Pablo Tosco was working as an independent photographer and decided to record the lives of Syrian families snared in an interminable war, his intent was not to focus on the fighting itself, but on its terrible consequences, starting in the city of Aleppo.

“My wish and my concern were to document how these people survived in the face of the horror, the sound of falling bombs, the street fights and the missiles,” he says. “What we read, what we heard, what we saw doesn’t compare to getting into a city where the helicopters and the air raids are daily, where the rumble of bombs, mortars, and shootings are constant.”

Since then, Tosco has traveled numerous times to Lebanon and Jordan, which together are hosting more than 1.6 million refugees in both organized camps and informal settlements. He has followed the Balkan migration route many refugees have taken, travelling frequently to Greece, Serbia, Macedonia, and Croatia. And everywhere he goes his mission is this: to put names and faces on the mind-numbing numbers, to tell the story of what is happening, and to honor the dignity of the people to whom those very important stories belong.

“What has moved me and inspires me and fortifies me is the possibility of knowing and hearing the lives of other people first-hand,” says Tosco, who is originally from Argentina and now lives in Spain. “I think the job of a . . . photographer is to be there, to watch, to listen, to ask, and to share. . . . I believe this information is vitally important to understand what is happening in the world.”

Stand with Syria: Tell President Barack Obama and Secretary of State John Kerry to step up efforts to protect Syrian civilians and help end the crisis.

How is Oxfam helping?

In Syria, Jordan, and Lebanon, Oxfam is helping close to three million people with life-saving clean water, sanitation, and vital support for families who have lost everything.

In many cases in Jordan and Lebanon, our support has included cash and relief supplies, such as blankets and stoves in winter and vouchers for hygiene supplies in summer. We are also helping families get the information they need about their rights and connecting them to special services such as legal aid.

In addition, we have built blocks of bathing stalls and toilets for families living in refugee camps or in informal settlements. We are also developing piped water networks for the Zaatari refugee camp in Jordan and for host communities in the Bekaa Valley in Lebanon.

Inside Syria, we are focusing on rehabilitating the water infrastructure, including repairing wells, and estimate that we are reaching more than two million people. So far, we have helped to complete 48 projects and are implementing another 14. We also plan to help with waste water disposal and solid waste management, as well as work on public health promotion and supporting livelihoods. As more refugees make their way into Europe, Oxfam has set up programs in Greece, Macedonia, and Serbia to help people meet some of their basic needs.

But we are also urging wealthy countries to do their fair share and provide resettlement opportunities for Syrians. We are calling on those nations to resettle at least 10 percent of the refugee population—about 481,220 of the most vulnerable people—by the end of 2016. 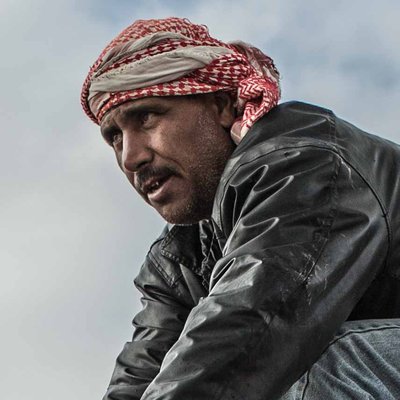