Poor pay is one of the grim realities many women face in a job market that’s stacked against them. They’re the cooks, the cleaners, the caregivers—the workers who make our world go round. But their contributions are undervalued and undercompensated. Just ask LiAnne Flakes.

LiAnne Flakes has something very precious, and she knows it: She loves her job. “It brings me so much joy,” she says. “It gets me up out of bed every day, whether I’m in pain, or feeling sick. I just know I want to go into work.”

Flakes is an early childhood educator, and she believes her job is vital to families and society. “We’re nurturing and guiding young minds, helping prepare our children for the future,” she says. This has been her chosen career for 24 years. She worked hard to earn the credential of Childhood Development Associate (CDA), and she pays out of her own pocket to keep the credential current.

By any measure, she is a skilled and seasoned professional, in an important occupation. By any measure but one: the compensation is near poverty level. Her most recent job paid $12.25 an hour, around $25,000 a year. And that is at the top of the pay scale for the job, as she worked for a Head Start program.

I worry about whether I’ll be able to pay for all my expenses: food, rent, electricity, and so on. Four hundred dollars a week doesn’t go very far.

Her shaky financial status recently motivated her to move across the country to live with friends. “I worry about whether I’ll be able to pay for all my expenses: food, rent, electricity, and so on. Four hundred dollars a week doesn’t go very far. And I think about my co-workers who have children—how do they make that money stretch to cover all the food they need to put on the table?”

Flakes is one of the millions of people in the US who work in jobs that offer few rewards and demand a great deal. Most of these workers are women. Gender segregation of the workforce (in the US and globally) has meant, in general, that women are concentrated in jobs that pay lower wages.

The bad news is that it’s getting worse for women. In the next decade, low-wage women’s jobs will increase at one and a half times the rate of all other jobs. Even more women will be faced with the need to take jobs that undervalue their education and skills, undercompensate their contributions, and exact heavy physical and emotional costs. 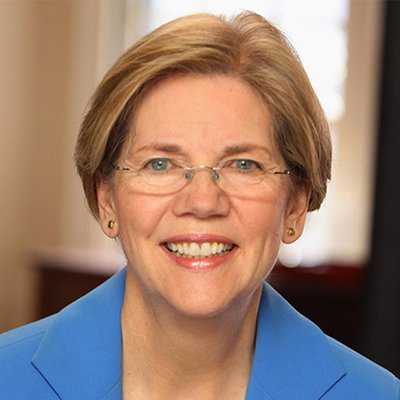 Stark reality for those in ‘women’s work’ jobs

To uncover the challenges facing working women in the US, Oxfam recently commissioned the Institute for Women’s Policy Research (IWPR) to research nine indicators of low-wage women’s work. Oxfam published an executive summary of the full report: Undervalued and Underpaid in America: The Deck Is Stacked against Millions of Working Women.

While the findings are stark, and disturbing, they are not surprising. We defined “low-wage women’s” jobs as meeting four criteria: most workers are women; the median wage is under $15 an hour; at least 100,000 women do the job; and the number of jobs will grow in the next 20 years.

Most of these jobs involved tasks historically considered “women’s work.” These workers are cooking, cleaning, serving, caring for people (children, the elderly, and the infirm), and playing support roles in offices and businesses.

Low-wage women’s work pays less than mixed-sex or traditionally male low-wage jobs, even when the women’s jobs are very similar in requirements for education, skills, stamina, and hours; they may even demand higher education requirements, licenses, or certifications.

In the “women’s work” job of teacher assistants (89 percent women), more than a quarter of the women have a bachelor’s or master’s degree; the median wage is $11.43. In the “men’s work” world, service station attendants (91 percent male) have few if any educational credentials, and earn $11.62 per hour. Janitors, two-thirds of whom are men, make $12.13 per hour, while maids and housekeepers, nearly nine in 10 of whom are women, make $9.94 per hour.

The findings confirm Oxfam’s ongoing research into the economic and social challenges facing low-wage workers in the US today. In general, over the past few decades, the economy has been creating disproportionately more low-wage jobs. Wages are stagnating, and demands on workers are increasing. Jobs in low-wage women’s work have been growing especially rapidly; we found that some jobs skyrocketed in the period from 1994 to 2014.

This trend is fueling the engine of inequality in the US. During the same period, the very rich have seen an astronomical increase in income. As this divide has grown, the wealthiest people and companies have gained disproportionate power in our economy and our political system; the rest of us have seen our access to power and influence dwindle.

Additional credits: In the opening photo, courtesy of Service Employees International Union, LiAnne Flakes is pictured in the center.