Dhan Khumari Adhikari never saw it coming. On Saturday, April 25, 2015, the 32-year-old farmer and mom was outside her hilltop home in Tripureshwor, Nepal, about to feed her buffalo, when she felt what she described as “a breeze.” A moment later, the ground heaved and the nearby houses collapsed.

Adhikari, her husband, and her two children were physically unharmed by the magnitude-7.8 earthquake that struck Nepal that day. The walls of their house were still standing when the temblor subsided, but the inside was completely destroyed—only dust and rubble remained. The family moved into their former cattle shed while they weathered another major quake and hundreds of aftershocks.

“We had to struggle so much to build our house, but it felt so peaceful once it was finished,” Adhikari recalled. “Now we cannot even think of repairing or rebuilding it … We are very vulnerable financially.” 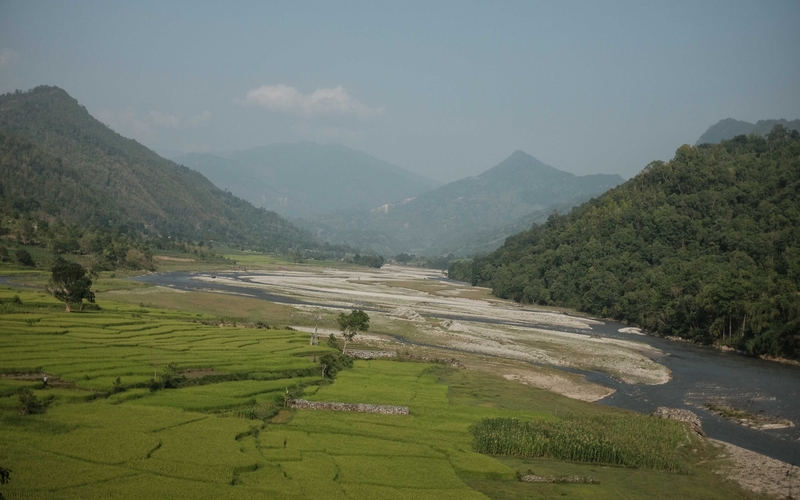 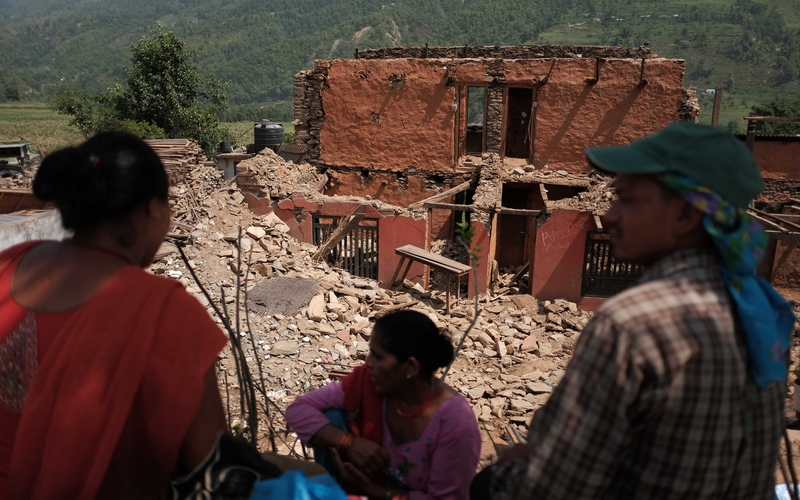 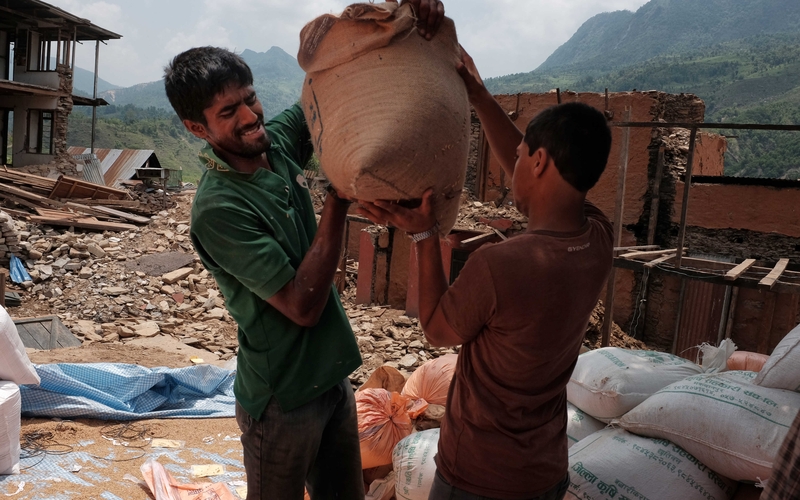 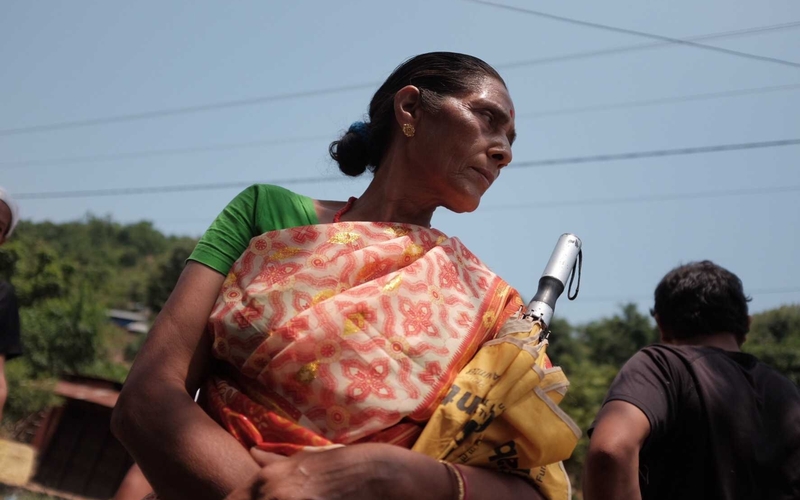 Rice paddies nestled between mountains near Tripureshwor, Nepal. Most of Tripureshwor’s 4,000 residents make a living from their corn and rice crops.

About 60 percent of the homes in Tripureshwor were destroyed during the April 25, 2015, earthquake.

Saru Thapa, 63, walked for three hours to get her rice seeds.

Among the things the family lost were the seeds that they had been saving to plant their next rice crop. In Nepal, where more than two-thirds of people rely on agriculture for their livelihood, lost seeds can be a serious setback. “We did have rice seeds stored, but we could not find them in what was left of our destroyed house,” said Adhikari’s neighbor Bishnu Kandel, 45. “They are really important for us.”

Meanwhile, time was running out. Farmers had to get their seeds into the ground before the rainy season in June, or else wait until the following year to plant again, putting their families at risk of hunger.

That’s why, in late May, Oxfam distributed rice seeds to more than 900 families in Tripureshwor. Together with a local organization called the Small Farmer Agricultural Cooperative Federation, we provided each family with about 44 pounds of rice seeds—enough to yield about 1,322 pounds of rice to eat and sell in the coming year. The farmers themselves chose the types of seeds that Oxfam provided.

“I came here with my friends to get the seeds, so that I can sow a new crop before the monsoon,” said Sanu Thapa, 63, who walked for three hours to reach the distribution site. “We will help one another to take them home.”

Adhikari said she was eager to start planting again. “We are going to plant the seeds that Oxfam gave us in two to four days,” said Adhikari. “Then, once they have germinated, we will transfer them to the wet paddy; and in a few months, in October, we will then be able to harvest the rice crop.”

All told, Oxfam has distributed rice seeds to almost 16,000 Nepalese farmers in the regions of Nuwakot, Sindhupalchok, and Dhading (where Tripureshwor is located). It’s part of a larger earthquake relief effort that has reached more than 270,000 people with clean water, sanitation, and more.

With their housing situation still uncertain, Adhikari said her family was just beginning to think about the future. “We have to keep going,” she said. “We have to work.”